Since the Air Disaster in 1989, the Parish Council and those who remember that fateful night, have marked each Anniversary by laying wreaths at the Memorial in Kegworth Cemetery as well as at the Plaque sited on the bridge over the M1. 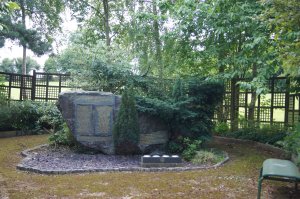 Kegworth Parish Council together with East Midlands Airport organised a special Community Event to commemorate the 30th Anniversary of the Kegworth Air Disaster.

A Memorial Service was held at St Andrew's Church followed by the laying of wreaths at the Memorial in the Cemetery on Whatton Road. Light refreshments were served in the Village Hall afterwards.

We were overwhelmed with the response from people who attended and welcomed over three hundred people into our community. Around forty people attending were either survivors or the family members of those who lost loved ones.

We couldn't have made the day a memorable one without the support of our volunteers and organisations who worked with us closely. Thank you to East Midlands Airport, Leicestershire County Council and North West Leicestershire District Council.

Thank you also to the Reverend Lauretta Wilson, Alicia Smithies, Stuart Cox and our volunteer Parish Councillors. We also appreciated the understanding of our local businesses and residents.